Ventum is the Latin word for wind, and there’s a lot of it on the southwestern coast of Norway, where the VDG headquarters are located. Company founder Christopher grew up on an island that was partly powered by windmills and took an early interest in wind power. Today, the Ventum project is all-consuming. 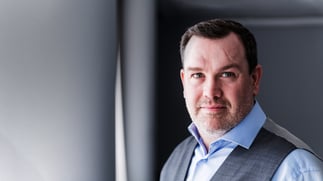 – It is my hobby, my work, my passion, he admits. – I dream of seeing thousands of rooftops with our windmill on it. I shall point at them an tell my kids look, your dad took part in this!

The idea came up in 2016, when Christopher was working at a project in an especially windy industrial area south of Stavanger. «We should put windmills on the rooftops», a colleague joked a day when the windows were squeaking. And the seed was sown.

– It was time for me to do something new, something more fulfilling. It had to happen, and I knew the moment was now, Christopher recalls.

Using his experience from a versatile working career, Christopher started thinking, researching, sketching out possible solutions. After six months of hard work, a prototype of the vertical windmill was ready. Being a Star Wars enthusiast and finding similarities in shape, Christopher named it Death Star. – It worked ok but had its limitations.

Shortly after, Wolfgang entered the scene. 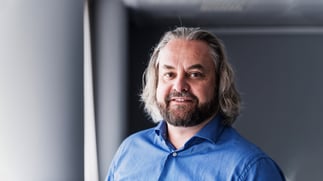 – We had known each other for some time. I had told him about the windmill project, and now he asked me if we should take it further together. Show me the money, I smiled, and, well, he did. Wolfgang is the kind of person you instantly trust. He comes on as so credible, he reads and understands people, builds relations, Christopher says.

With the financial power to take the project a step further, things quickly escalated. The timing was ideal, with everyone talking about climate change and the need for new, green solutions.

– We were looking at an uncut diamond, an idea with a formidable potential, Wolfgang explains. – Just look at us now: We haven’t spent a dime on marketing, still the attention is already worldwide, and growing. It is kind of overwhelming, actually.

Still, not surprising: – We can offer a sustainable concept with no audible or visual noise no need for expensive infrastructure and not a threat to birdlife. Being scalable, the solution has a vast potential regarding both housing and industry.

Wolfgang catches his breath before continuing: – We are talking about an invention that has the potential to improve living conditions for millions of people around the world. Both urban and remote areas can be electrified, run by renewable energy that leaves absolutely no environmental footprint. Add the mobility – it can also be used whenever and wherever crisis occur, natural disasters or whatever. 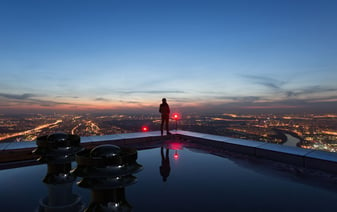 An improved version 2.0 of what is now named Ventum saw the light of day in 2019.
In October, a version 3.0 will be launched in at the World Expo in Dubai.
– In three years, we will have a quality product that sells well on all five continents, Christopher predicts. 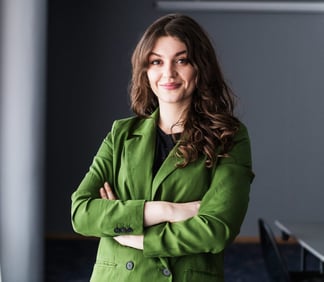 The world has changed due to the ongoing climate issues. Now it’s all about thinking outside the box, finding new paths.

– For us at VDG, the future holds a lot of possibilities, Wolfgang emphasizes. – We work closely with solar cell companies, for instance. There are billions of flat rooftops around the world, we can offer reduced power. We are also looking into how to create new growth in deserts and other dried-out areas.

Rebekka, an Energy, Environment, and Society Graduate Student at UiS and was recruited on board as project leader only recently. She is very clear on the tasks ahead.

– We are a young company with every possibility to do things right from the beginning. There is no room for ethical flops, you have to be the real thing. Take circularity – using the right materials isn’t enough, you also have to know where they come from, how they are made, she says.

– There are so many challenges. CO2 emission being among the bigger one, of course, but you need to have a holistic approach, understand the bigger picture. Economy, politics, ethics, environmental issues – it is all connected, Rebecca states.

– Another vital aspect is the global food situation, she continues. – We are struggling with providing a sustainable food system that can feed everyone and have to think and act in accordance with that. Our solution does not compete with land that is or could be used for agriculture. Nor does it threaten wildlife, which is also of great importance.

– I believe our product will do things with peoples’ mindset, making them more aware of how they spend their energy, Wolfgang says. – It should be fun, too – you’ll have an app that shows how much power is being generated from your rooftop!

Christopher gets the final comment. – When you say “iPad”, everyone knows what you mean. That’s how we want it to be – you say “Ventum turbine” and people nod. 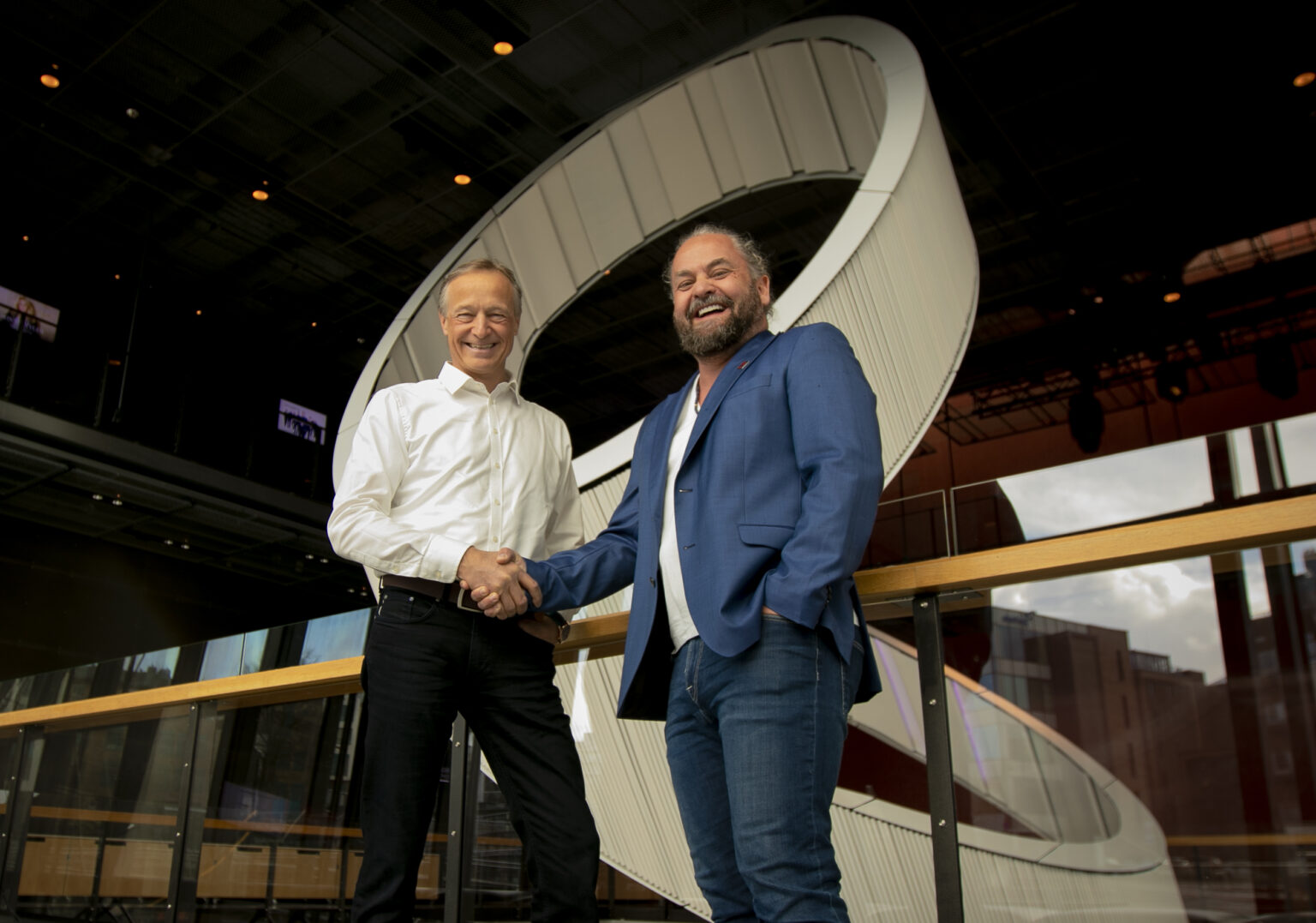 Into the global market with OMNIA 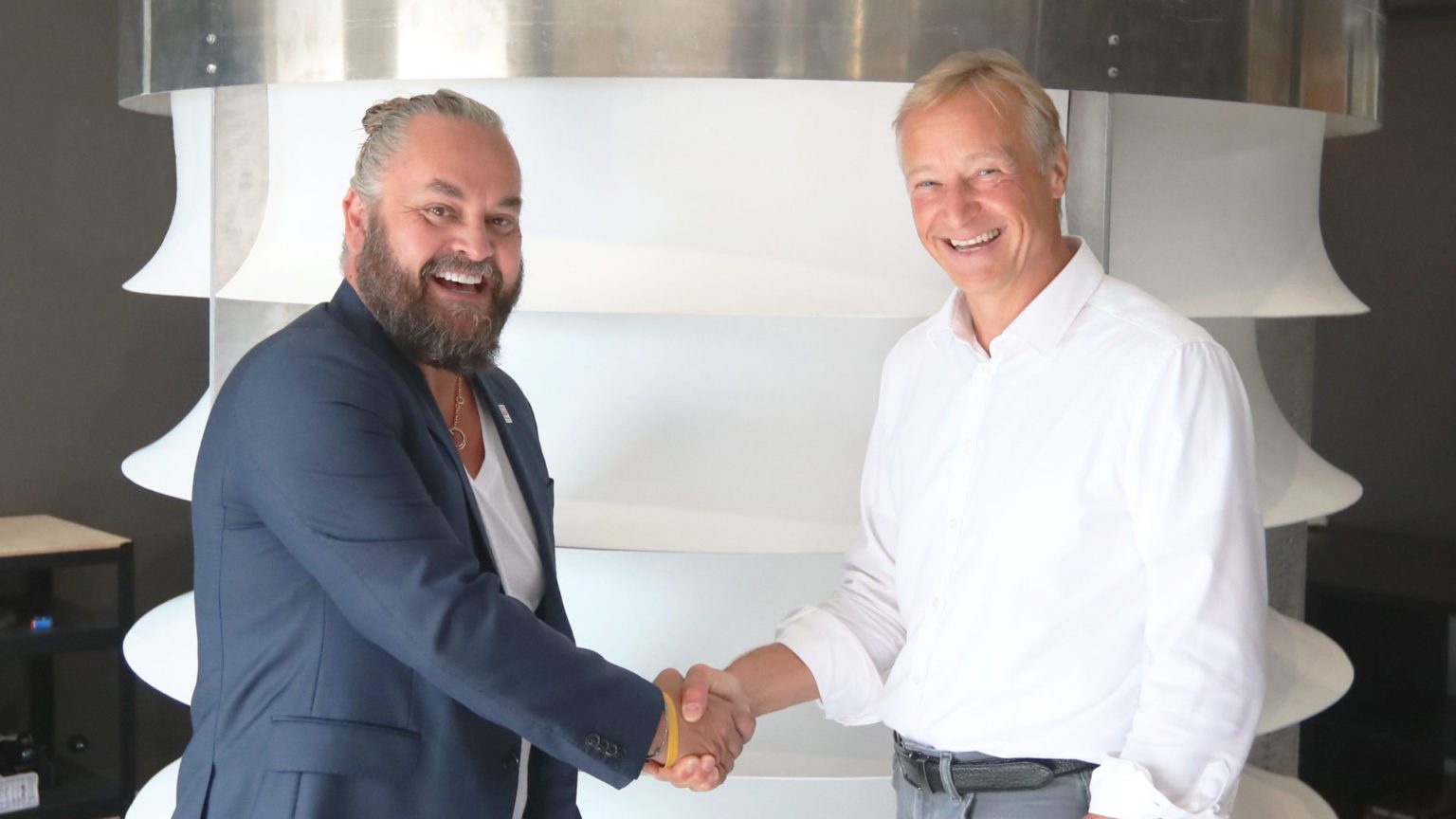 Carsten Sennov joins the board of Ventum Dynamics